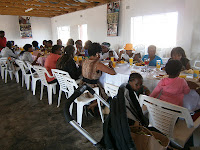 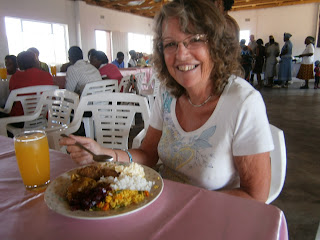 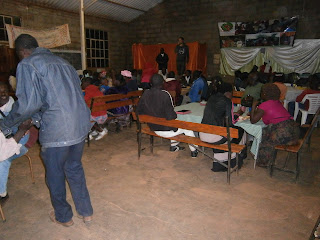 We are very excited to say that an Alpha course started at Hamara Farm (one of the congregations), at the beginning of the month. Dave did the second talk to which about 90 people came. They are really fired up for it and we watch with interest to see how it works in an African culture. The ladies doing the catering start preparing at midday and cook chicken, sadza and cabbage on open fires. We are planning to start one in Trenance soon as well as St Peters. (I'm not volunteering to cook though!)
This Sunday we have a Joint meeting with all three congregations for a vision Sunday.
We are pleased to say that we will be jetting your way in July for a short visit. We miss our family and friends and the church so much, we can't wait to catch up and anyway it means I can postpone doing the letter K for a bit longer as thats worse than J! Just Joking.......
Posted by Dave and June in Zim at 22:29